Il Re Pastore at Salzburg Festival (with Rolando Villazon)

I reviewed it for Bachtrack. Here's a preview:

This opera requires three exceptionally agile sopranos, and two tenors with coloratura facility, so finding a cast with sufficiently contrasted voices is always going to be a challenge. Rolando Villazón is clearly still finding his footing after returning from a rest following a vocal crisis. The lower half of the voice is as firm and exciting as it ever was, fruity and vibrant and with an emotional surge that gives him a magnetic presence.

Singers are funny creatures, and it's never entirely possible to separate physical problems with mental blocks: because the brain controls the voice (even if unconsciously), a lack of confidence in being able to land a note adversely affects the ability to actually do so. It's a very, very tricky business for a singer to get back on track after suffering a vocal setback, because everything that they are is involved.

In the past, I have not been that keen on Villazón, who I thought was always pushing the voice too much, singing every phrase with a sobbing espressionismo that was often just innapropriate. But here, I saw for the first time what makes him so popular. Apart from the quality of the voice, which comes across better live than on recordings, he's just a very generous artist who clearly loves to give a lot of himself, and he has an energy and presence that is quite captivating. He was very sweet at the end too - kissing the score, and leading the whoops and bravos for his fellow singers. In his present condition he really cannot return to his old repertoire, but Handel, and Mozart should still be within limits, and as I say in the review, I was surprised at how well he did stylistically with the Mozart. Would he make an interesting Pelleas? And what about Rameau?

Astonishingly, DG have recently announced a project to record, in the studio, the last six Mozart operas, and Villazon is to sing the tenor parts in all of them. It doesn't make sense on any level, but apparently it's happening. 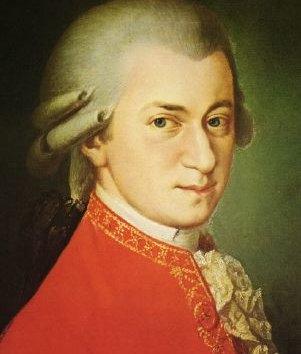 Salzburg's fetishization of Mozart is not just ubiquitous, but entirely nauseating too - blatant commercialising and profiteering off their most famous son, and usually to sell kitsch, tat, schlock and chocolate gonads. Everything about him is ironed out and made bland to reflect the Muzak status that he has in the mind of the general public (combined for many people paradoxically but entirely unironically with the idea that there is a "Mozart effect" that can be measured on the brain); the portraits that adorn every shop front all beautify him by making him look more handsome, more normal, than the real portraits that survive, removing his bulging eyes and lumpy nose and smirking mouth. This cosmetic cleaning up is of course also is mirrored in the cleaning up of Mozart as artist and human being. Nothing could be further from the real Mozart than all this guff - Mozart we know was not a man bound by conventions, possessing a sick sense of humour, and most importantly this is indicated in the music: endlessly inventive, radical, profound, and profoundly moving, whilst also admittedly never being anything less than elegant, beguiling and witty, and never a bar that is hard on the ear. Maybe this last point is the problem, the reason that that is exploited in this way. That he can touch the loftiest heights, and crack the most ridiculous gag in a single breath or even simultaneously almost goes without saying - both forms of expression came so naturally to him, that it is sometimes hard to decide which is which. These things are so far removed from the "Mozart brand" that the two seem (and in the end are) entirely unrelated. The most beautiful, and most grotesque of cultural phenomena posing as the same thing.


There were a (perhaps not so) shocking amount of empty seats - maybe only 80% sold or so? My ticket was right up in the top balcony so I really couldn't hear very clearly in the first act, and I was worried that I wouldn't be able to write anything in the review,  but I slipped down into the stalls for Act II which I saw that many other people had done too. It's entirely true that Salzburg is targeted at the very very wealthy, but this semi staged of an unknown early Mozart was too expensive even for this audience to swallow. So much for the Mozart fetish.
at 22:32