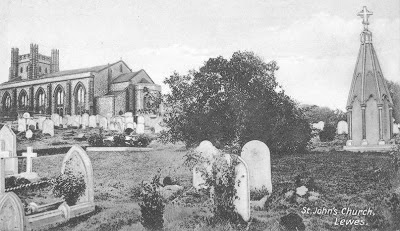 The church had been decorated with branches, foliage and flowers to look like the Overgrown Path. After a fascinating and wonderful traversal of Schumann's late Märchenlzählungen which drew maximum attention to the oddness and uncomfortable extremity of the music (which I had never expected or imagined based on other performances I had heard of the piece), the stage was set for Janáček's On an Overgrown Path, arranged by violist James Boyd for Clarinet Quintet. I enjoyed it immensely; in this setting the piece quite different from its original piano incarnation, more obviously lyrical and less obviously intimate - the vocal quality of the clarinet and violin certainly a great boon in several movements, wonderfully played and supported by all five musicians - overall an entirely viable and beautiful alternative that doesn't quite displace the original's perfection. In between we heard poems and extracts from Dickens, Berryman, e e cummings, Shakespeare, Byron and others read by the actor Samuel West in beautiful voice; some violent, some funny, some poignant.

But then we arrived at the last number, The barn owl has not flown away, and this new arrangement totally transcended Janáček's original context. It is well documented that the last three numbers of Book I of  On an Overgrown Path were written in the immediate aftermath of his daughter Olga's death. This final piece depicts with incredible economy and vividness a whole community and event in microcosm - the people are gathered festively in the church, singing "the intimate hymn of life", a quietly joyous celebration of togetherness and joint purpose. Meanwhile, in the windy darkness outside, the little barn owl looks on, shifts its weight, flaps its wings, and intones its haunted call; quiet, patient, impassive. She doesn't know it, but she is an ill omen. The rejoicing people can barely hear her, and sing louder, ever more fervently of their happiness. In this, the unbelievably full sonority offered by the four strings in double stops was uncanny in its reminiscence of a real choir and was immeasurably more expressive than the piano original, the clarinet offering a further timbral warmth, a filling out of the overtones resonating in the church (actual and imagined). The barn owl interrupts once more, efficacious and intense on the viola, with low cello harmonics, the clarinet in chalumeau, and a murmur of upper strings. The choir cheerfully explode into another verse, jubilant, and here I was floored, the church's organ unexpectedly entering in the bass, like the rumble of some far off thunder, an affirmation of the works of man, the beauty of everything we have wrought. The sonorous open strings of the cello were by this stage slightly out of tune with the organ: the choir going awry in their ardour, and the effect was truly Ivesian in its fervency, piquancy and expressive depth. But all this wealth of beauty, this wonderful feeling of community and unity is not enough, and the little owl cries out again: inescapable, the patient, eternal call of nature. "All things end" it says. The organ, clarinet and strings are thunderous now, glowingly majestic, overwhelming, a sublime affirmation of life. At last the hymning ends, the echo fades, the church falls silent, and the little owl sits watching, adding again her own song, and finally the people can't help but hear her.

Saying the maximum with the minimum of means, Janacek's music always cuts to the quick with me, and is (with Schubert) perhaps the highest instance in music of the infinite suggestion and shattering power of the minute gesture. It's difficult to describe how moving I found this performance of this work in this church. Maybe the effect was cumulative, as the concert had been exceptional up to this point, but something shook me to my core in this tiny piece, the simultaneous affirmation of the beauty of life and reminder of mortality totally unexpected in this apparently parochial miniature. This is only my account of what happened, my version of events - for each listener it will have had a different meaning, and perhaps for me too this is only a subsequent rationalisation of something that remains too mysterious and too precise for words. 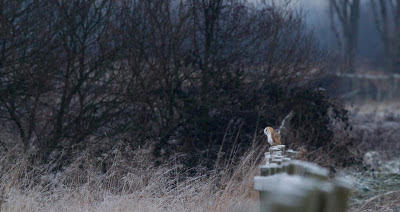