Strauss with Karita Mattila, Thomas Hampson, the LPO and Jurowski. (The Rest is Noise inaugural concert)

This was the inaugural concert in the LPO's two year concert series based on Alex Ross' popular book on 20th century music The Rest is Noise. And like the book it starts with Strauss, who according to Ross is the key composer that bridges the 19th century and 20th century, a culmination of the old century and a preparation for what came next. The concert featured Jurowski talking about Strauss in between pieces, which he did intelligently, but was largely unnecessarily I thought, and I don't know if this is going to be standard practise for every concert in this series.

First was Also Sprach Zarathustra which exciting and lovely though it is seems more silly to me as a response to Nietzsche's text every time I hear it. Yes it's not meant to be a piece of "musical philosophising" but it is meant to be a tribute to Nietzsche, and the "Ascent of Man" described by Strauss' "plot". But could anything be more inappropriate to the mood of Nietzsche's text than the spirit of the Waltz which explicitly or implicitly permeates almost every bar of the score?

I'll get to the review soon, but first an aside. I know this is probably sacrilege amongst Straussians (amongst whose number I certainly count myself) but I actually think many of the tone poems are overorchestrated, and that all the gilt and glitz usually sounds better on the "flattened" sound of a CD than it does in the concert hall. Don Quixote is the first one which is perfectly achieved (I think it's probably his best non vocal work), but I'd say that the preceding ones are where Strauss is really learning and honing his craft, and that the richest rewards of this exploration are reaped in the operas of the following two decades. I also happen to think that he continued to refine further his orchestration even through the fallow years of his musical creativity (mid 1920s to late '30s after which the Indian summer begins) - the perfect muted beauty of Capriccio didn't appear out of nowhere, and nor is it simply a return to what he was doing before.

Anyway, this was a rather light, fleet footed reading of the score I thought, though sumptuously played by the LPO with absolutely astonishing ensemble in the strings in the ridiculously challenging passagework. I was sitting right in the front row, so balance was strange though only in this piece on the program so I don't know if this was a quirk of circumstance. The strings often overpowered woodwind, even if the playing was of such high standard that it was hard to complain too much. Lead violinist Peter Schoeman impressed with diamond edged assurance and tremendously solid tone. It never quite took off fully though, and I wanted more gut busting explosiveness than was delivered. 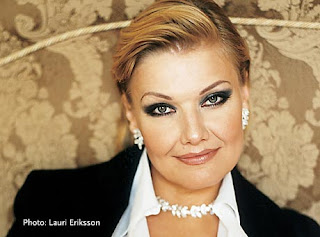 Next came a rarity. Strauss' op.33 constitutes a major set of four large scale orchestral songs, all of which were conceived in their orchestral guises, an unusual trait for this genre with Strauss. None of this is top drawer Strauss, though all four are worthy of more than the occasional listen and contain many moments of real inspiration. Verfuhrung (Seduction) is perhaps predictably the strongest, and has a particularly magical second half full of classic Straussian harmonic sideslips. Gesang der Apollopriesterin is a paler affair, deliberately so, but doesn't play to Strauss' strengths. Karita Mattila took a long while to warm up during the former and it's clear that singing is quite an effortful process for her now, the voice seeming quite unwieldy - the mouth, jaw and throat are constantly making muscular adjustments to control the sound which though still large and impressively full is also squeezed and hints at wobble when singing below a forte. In fact, it seems that quiet singing is no longer possible "on the breath" for her, and the result is a very hoarse, unstable sound in tender passages. Her German diction is poor, possibly as a result of all the facial manipulations that are required to keep the voice in control, though I'm not familiar with much of her previous German singing I have to say, so I don't know if it has deteriorated. Tuning is still more or less good, though there is significant crooning to get to some notes. Gesang der Apollopriesterin fared significantly better with its less complex lines, but thank god for the astounding Salome that finished the concert or I would have been quite disappointed with a singer that I have admired for some time. 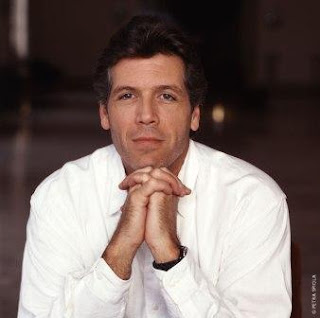 Hampson offered the opposite extreme. Even at 57 his superb technique means he's still exceptionally in control, offering a smooth legato line and effortless high notes without any obvious signs of tiring. On the other hand the timbre is not quite as silky and warm as it has been, and he doesn't seem to have the vast range of vocal colours at his disposal any more that he used to possess. He also simply failed to sing any note below the middle of the bass cleff above a croaking piano, sort of an issue in these songs which go so low and so high, especially when the highs were so brilliant and loud. It's very detailed, considered singing, and he has perfect German with excellent diction, but the lack of emotional range and truly personal response to the text meant that it felt merely polished and composed, rather than communicative and intimate. I do tend to prefer ultra controlled singers who are detailed interpreters and superlative technicians (Fischer-Dieskau, Schwarzkopf, Fleming) who some might find fussy, to more wild, instinctive, rougher singers (Rysanek, Netrebko), but while decent Hampson I thought here epitomised the dangers and pitfalls of the former approach.

His two songs Hymnus and Pilgers Morgenlied are both very exciting and beautiful pieces, the former exalted and resonant, and the stormy, frothing momentum of the latter is especially rarely heard because of its extreme tessitura. But the major rarity was the Notturno op.44 no.1 which opened the second half. Again the extreme vocal demands of this opus has severely curtailed the number of performances, and it's another orchestral song composed expressly for the medium on the grandest scale, this time a full quarter hour. And it's just so strange: a polytonal, moonlit landscape of utmost psychological intensity and depressive angst, with a broken hearted, eerie violin solo drifting listlessly above the nightmarish terrain. It's one of Strauss' finest inspirations and offers a view of a road not travelled - his hand at expressionism, a far cry from his normal gemütlichkeit, virtuosity and shock tactics. And it comes from 1899*! This performance was decent I thought, better than the previous offerings, though again I felt that Hampson was not brave enough in getting to the heart of this tortured, bleakly beautiful piece.

After this we were back on familiar ground with the Dance of the Seven Veils from Salome. I have to say I adore this unpretentious orchestral showpiece, which shocks and thrills just as it should without any illusions to profundity or sublimity. I know that people complain that it's the weakest part of the opera, but it's difficult to know what they expect from this most tacky section of the drama - that Strauss does so much with such vulgar base material can only be described as alchemical and again almost without precedent in his oeuvre - is anything this cleanly or efficiently scored in his output before or after, so full of contrast and thrills whilst remaining completely lucid and clear at every moment? Yes it's cheap, but it's also brilliant. This performance was wonderfully judged by Jurowski I thought, in tempo, gesture and timbre, the players clearly relishing this bonbon and playing as a single machine.

Then came the final scene of the same opera. Jurowski explained that he had chosen to use an orchestration that Strauss had indicated when he revised it in around 1930 for performances by more lyric voices such as the Mozart singer Maria Rajdl (who presumably still had significant vocal heft, as she premiered the eponymous role in Die Aegyptische Helena) so that the role no longer required an Isolde like Marie Wittich for whom it was written. I have to say that I didn't much miss the removed instrumentation and in fact this was by some distance the finest sound the orchestra made all evening - like in the previous piece, but now even more so the orchestra glowered and glowed as if a single entity. Part of it is that the last half hour of Salome is of course in every parameter simply one of the 4 or 5 most inspired expanses of music that Strauss ever composed, but Jurowski lead with deft touch and a superb feel for not just colour but forward direction too. I eagerly await his Ariadne this summer at Glyndebourne.

Vocally this was the best portion of the evening too. Mattila strode through with burning willpower and a tangible need to communicate and seemed to be experiencing a moment of personal inspiration which rose frequently to truly incandescent focus. She was hurling her voice around which was exciting but risky, and the same hoarseness in quiet singing and more than occasional instability that marred the songs crept in here too. But the total musical and physical embodiment of character in her performance was of a terrifying intensity, to the point where you sometimes almost forgot she was singing. As a result she transcended her technical limitations utterly, and actually when singing her loudest in the middle voice, a seam of silver-golden tone from her prime was tapped again. I wouldn't want to hear it like this every time necessarily, but this was a performance of blazing power, and it was a wonder to watch Mattila as if possessed give so much of herself, presenting the most complete performance she could muster in that moment. Thrilling and awe inspiring.

Tony Pappano and Tony Hall were in the audience, joining the vast majority in giving Mattila a standing ovation. 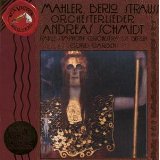 *Strauss' orchestral songs for low male voice are a real passion of mine as they're of such consistently inspired quality, and virtually never performed - there are another three to add to the list of those performed here. Five of the six are recorded by the superb Andreas Schmidt with equally superb accompaniment here, and I urge the interested or sceptical to try this disc - one of my very favourites.
at 02:37