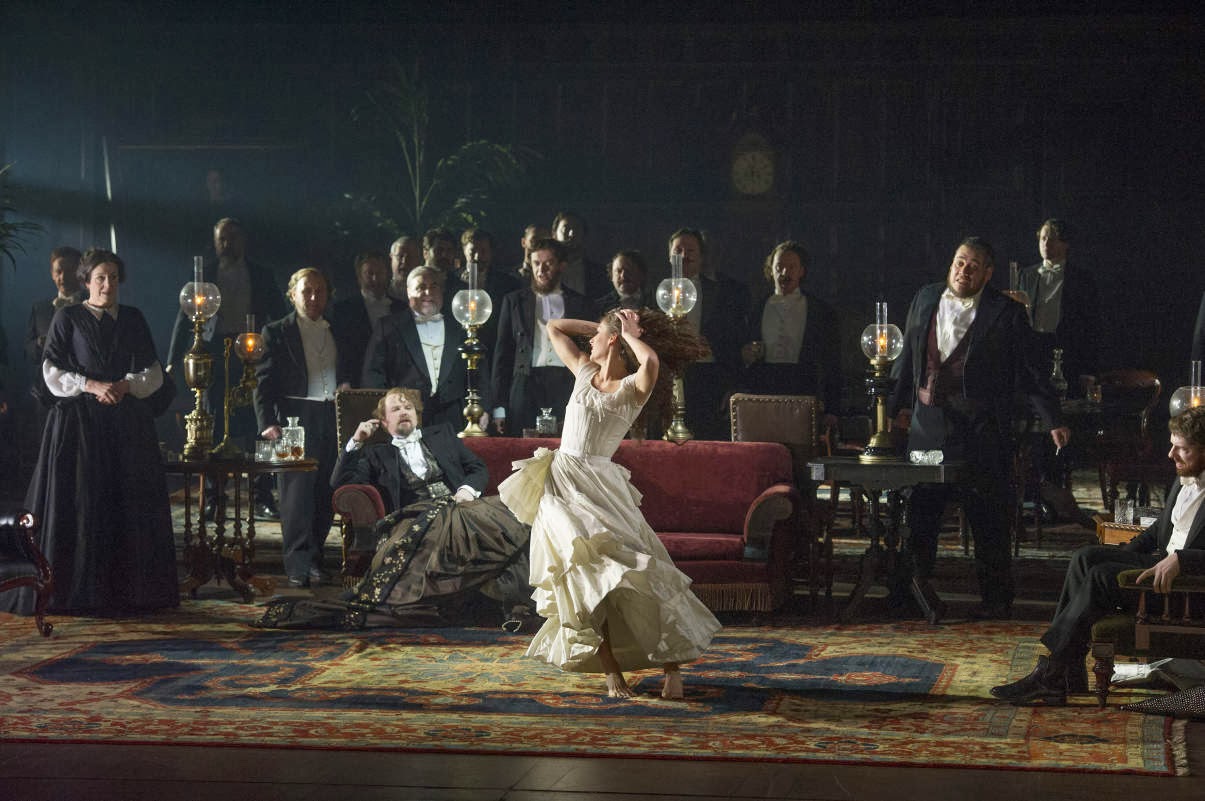 Rigoletto is an opera I have seen many times before and have never previously loved, but after having seen this, I now fully understand the great appeal the music has in a great performance, and why it is such a staple repertoire piece.

Christopher Alden's production is pretty abstract, all taking place in a 19th century gentleman's club, the different locations overlapping, with characters in the same stage space not always in the same plane of the story. So the court becomes the same as Rigoletto's house and Gilda's imprisonment is spiritual. Like his production of Die Fledermaus from earlier this season, Alden's production is a mixed bag, but it has enough character and things to think about to make it more than worthwhile. The plot of Rigoletto is probably the paradigmatic 'silly opera plot', that stick that is used by the unsympathetic and insecure to beat the genre into a state of ridicule. Although this production probably assumes a reasonable familiarity with the story as normally presented, Alden tries to present it as an abstracted canvas in which we are encouraged to focus on the character relationships, rather than the the absurd plot elements which frame them. This approach when combined with the single set leads to a certain feeling of staticism, but when the music making is as fabulous as it is here, it works very well because we're allowed to focus on the ('right brain') emotional veracity of each moment rather than its logical absurdity (which the 'left brain' objects to. Drama is made of logical and emotional elements, and, for me at least, weakness in either leads to a difficulty in engaging with a piece of theatre). What I found most moving and insightful about Alden's presentation of the opera was in Rigoletto's relationship with Gilda - although it is obvious that he loves her beyond anything else, when actually faced with her in person he is too physically rough, too controlling, and finds it hard to communicate properly with her. In the end of course he ends up destroying her, which is his tragedy. 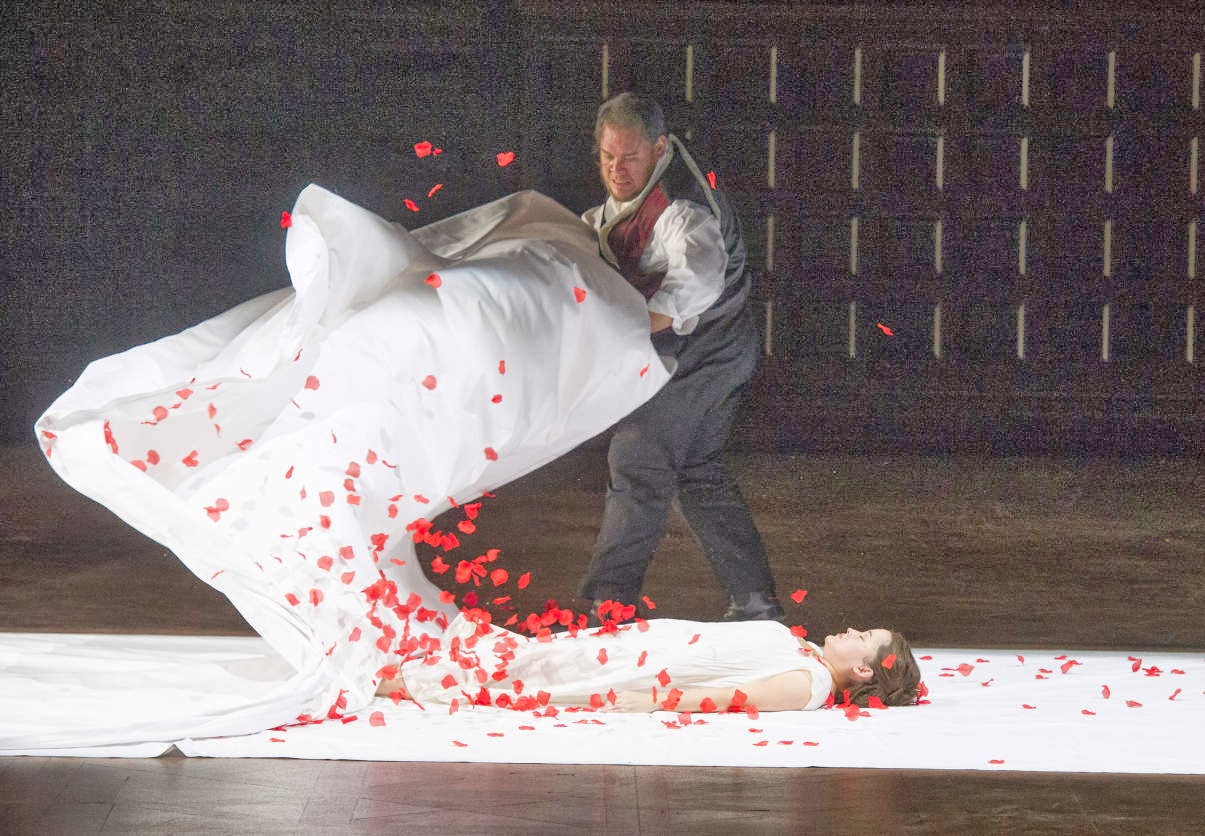 Quinn Kelsey's Rigoletto is simply stupendous. The endless wail of opera mavens that there are no great Verdi baritones any more has finally been answered. The two most famous baritones currently singing these roles on an international level are Dmitri Hvorostovsky and Simon Keenleyside, and though both have the control and command of the high tessitura that is required they also possess instruments that are essentially lyric in quality and so are in my experience rarely fully satisfying in this heavy repertoire. Kelsey similarly finds a superlative ease in the upper register and a wide palette of vocal colours, but his voice has a blade in it so he never resorts to bellowing, and the core of his sound is large, warm and burnished. On top of this, and perhaps most crucially, his singing is never just a exercise in bel canto - he actually manages to create a character in the sound. I can't praise him highly enough - let's hope we get him back soon for another Verdi baritone role.

Anna Christy's Gilda is very fine. She has an excellent technique and musicianship and in the ensembles she is wonderful. The fundamental timbre is not the most beautiful, and a certain hardness in the vibrato affects the middle voice, but the chest notes are there, and she sings the role as well as any I have heard live in the theatre. Barry Banks' duke is excellent in terms of his legato, and again his technique means that one is never nervous that he will come to any grief at any point. Acting wise he is a little weaker than his colleagues and occasionally a bit hard to credit as the lusty duke - he seems a bit cuddly and nice for that.

Under Graeme Jenkins the ENO orchestra play better than I have ever heard them. This was one of those performances that reminds you quite how transformative great conducting can be to an orchestra, and on the flip side, how few conductors there are at any moment that are capable of this. I don't think I've even heard better Verdi live in performance. Jenkins has a wonderful instinct for texture and colour, and drew out an atmosphere that I just didn't imagine existed inside this score. The sudden extreme shifts of mood in the piece told emotionally and dramatically, totally avoiding empty hysterics or shock tactics. The orchestra played as one organism, though on this first night there were a few moments in faster passages where pit and stage came slightly adrift, the only criticism I could make of this conducting. Most wonderful though was Jenkins' immaculate sense of line, the thing that really unifies an orchestra and allows melody driven music to attain real structure and momentum. Each number drifted along with dreamy ease, each phrase building on the arc of the previous one. So rare to hear, and such an immense pleasure when it is as spectacularly achieved as here. 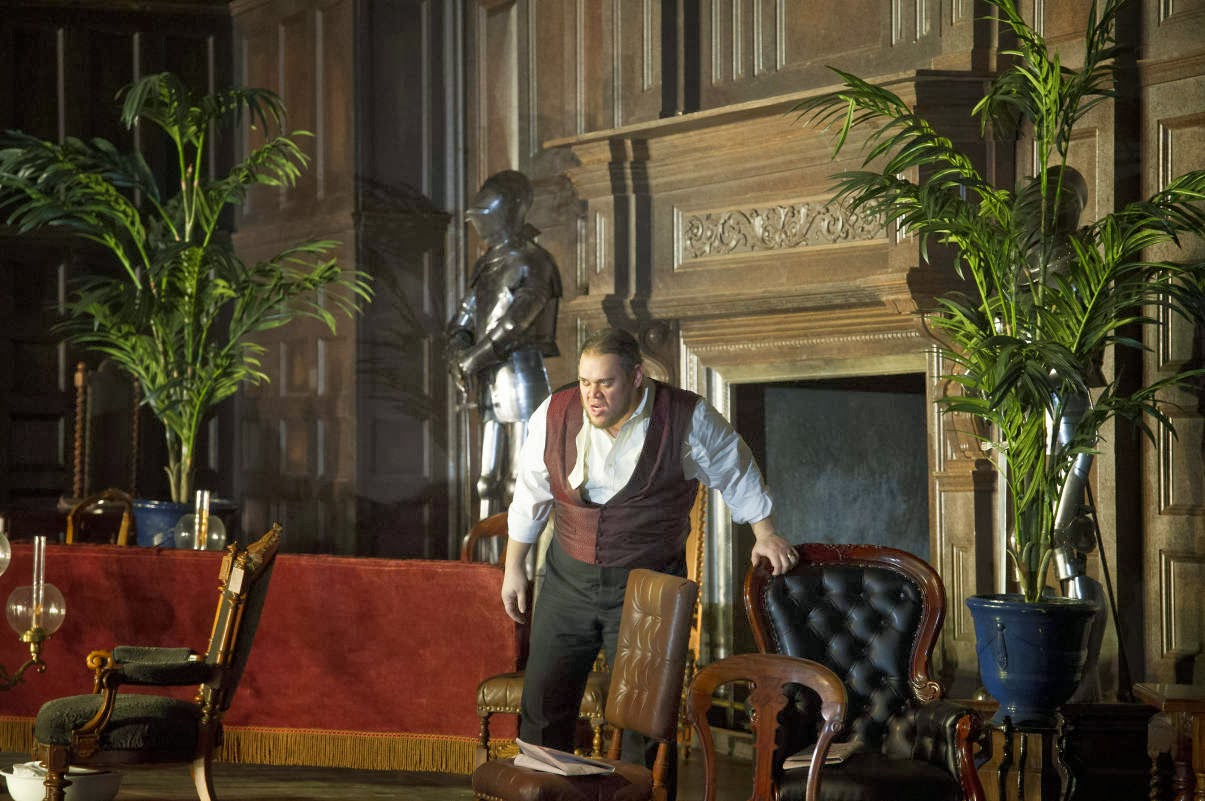