Christian Gerhaher at the Wigmore Hall 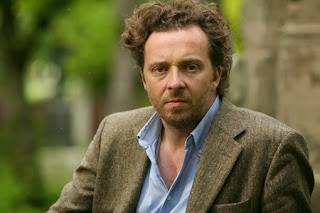 I have already been twice humbled by too high expectations for Wigmore hall recitals this season. After the wondrous Anne Schwanewilms lunch time recital I attended and gushingly reviewed in September, I greatly looked forward to her recital a couple of weeks later where she stood in last minute for an indisposed Angelika Kirchschlager. Though Schwanewilms did some gorgeous things that evening, including a beautiful performance of the Wesendonck Lieder, she didn't overall live up to my own hype - this time the same Debussy set felt blanker, her Strauss op.69 were inconsistent, and some of those mannerisms had crept back. My disappointment was my own doing entirely - having such high expectations going into a concert is rarely conducive to having an enjoyable evening.
Unfortunately I repeated my mistake with this Christian Gerhaher recital. (My lesson is now fully learned). I really admired Gerhaher's wonderful Olivier at the ROH's Capriccio in concert last season, and have also enjoyed many of his CDs - the unpressured naturalness of the tone, and the sensitive expression have made a strong impression in the past. But this recital was a hard slog.

The recital comprised almost 30 Schumann songs, 6 by Fauré and then 5 contemporary songs by Jorg Widmann excerpted from a cycle of six entitled "Das heisse Herz". I yield to few in my admiration of late Schumann, and cringe when his late music is dismissed off hand as it so often still is. The op.107 songs are not easy going fare, depressive, introverted miniatures that they are, but they were bizarrely approached by Gerhaher, who in his incisive, clipped delivery seemed keen to impress upon us the precise rhythmic values of every note, as if rhythm was the most interesting and important aspect of this music. The word in string playing would be "portato", and the effect here was of very self consciously metric speech. A sfz on every high note began to disconcert also - I think I simply couldn't understand the interpretive choices he was making, and found the eschewal of legato difficult to countenance.

The dour mood of these was continued into the Dichterliebe, which had none of the humour, youthful schmerz and ardour that many artists have traditionally imbued them with, and instead were dispatched as if they were Mahler or Wolf at their most dejected and hollow. The fast songs became bristling and irate, the slower ones grimly pained and often on the verge of speech rather than melody. A unique take, but there was just not enough variety of approach for me, either emotionally or technically in terms of vocal colours. The vocal apparatus is very polished indeed, but it becomes very predictable also (every "o" for instance sounds absolutely identical, as the mouth snaps forward into a tight ring so that the vowel can be perfectly separated from the other vowels) and there's no enjoyment of the immense expressive or colouristic potential of the German language. Above all everything is just so serious, so stolidly lacking in charm - Heine's irony emerges here embittered rather than laughingly parodic, and Schumann's vocal lines languish undernourished and uncared for. It's not bad singing, but it's not enjoyable singing either.

Another set of Schumann songs in the second half unfortunately brought to mind the thought that however wonderful the songs might be, Schumann's range is so narrow when compared to Schubert's. My personal favourites are the op.39 Eichendorff Liederkreis, whose fresh vernality seems inexhaustible, but though I do admire most of the rest of Schumann's song oeuvre very much indeed, a recital this length of Schubert would be hard to make so dutiful and stern.

The Fauré set contained in the second half should have been an opportunity for lightness, contrast, grace, fluidity, and certainly Gerold Huber's piano playing lifted here, but neither artist gave into the smiling sensuality of these songs, and again, Gerhaher seemed embarrassed to truly enjoy the text and beauty of the words. More successful were Jorg Widmann's songs, a heavily Ivesian homage to the entire German Lied tradition, mocking sobreity interspersed with gawky jokes, and moments of real lovelyness.