Anne Schwanewilms and Roger Vignoles at the Wigmore Hall 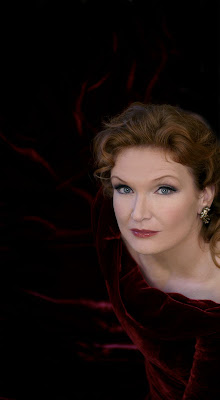 Anne Schwanewilms is one of the most accomplished and distinctive sopranos on the international circuit today, and this lunchtime recital, the first of the Wigmore Hall's new season, revealed all of her very best qualities. It seems to me that her strengths lie in lieder singing - the endlessly varied vocal timbre, the nuanced approach to text, the quietly shining vocal colours. It's a voice of great beauty with virtually perfect intonation, but it's very unusual too - the bottom is mezzoish, slightly grainy, cross hatched, with developed chest tones which are however never used forcefully. There can be a suggestion even of androgeny as she moves into the middle register but she's also capable of seductive womanly warmth and girlish gleaming. The radiant top is the only place in the voice where we got a blast of the raging torrent that seems to course behind the good humoured charm and elegant quietude of the surface of most of her singing. Her hands held in front of her, she remained relaxed and eschewed large movements throughout this recital, and dared to sing very quietly indeed, but was always audible and engaging because the sound is so well produced, and the life of each song is so clearly expressed in the sound and in her face.

Debussy's early Proses Lyriques (1892-3) are a relative rarity in the concert hall, though as always with this composer one is hard pressed to give a reason why - he is amongst the most talented and ingratiating song writers of the fin de siècle. These songs sit quite low, and for Schwanewilms they became a patchwork of glimmering moments, a mosaic of vocal colour, always matched thoughtfully to the text. The texts for these songs are by Debussy and all read as highly descriptive, poetic stream-of-consciousness reflections on some scene or other. Schwanewilms with Roger Vignoles her sensitive partner at the piano, managed to capture this improvisatory quality whilst simultaneously evoking the strong moods that Debussy asks for, and in a performance such as this, the much debated literary quality of Debussy's verse was simply never in question.

In her recordings from the naughties, Schwanewilms often did this thing where she'd sing entirely without vibrato in her angelicly pure upper middle register, which was an arresting effect, but could sound mannered, disjointed and very strange in some contexts. It seems that she has left this habit behind, to the enormous benefit of her legato and expressivity - the sound still shimmers, but there's the warmth and glow of a (narrow) continuous vibrato which seems to allow her access to a more consistent airflow too. None of the vocal apparatus seems to move extraneously - the sound is made as effortlessly as if it were speech. 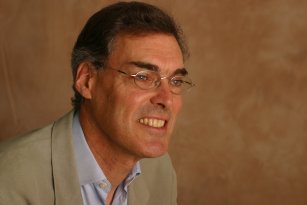 The first phrase of "In der Fremde" from Schumann's Eichendorff Liederkreis op.39 (1840) emerged as a ribbon of perfect legato, disarming in its simplicity and emotional directness. But it's not just the silvery, hushed beauty of this song and others like it ("Mondnacht" was also exceptionally special) that came naturally to Schwanewilms - the funnier, lighter songs were dispatched with character and wit too - "Waldgespräch" was a genuinely exciting piece of storytelling for instance. To be able to hear this great masterpiece afresh was a great gift. Again, the importance of Roger Vignoles's truly excellent piano playing cannot be overstated - this was a true partnership of exemplary and imaginative music making.


If there is a better currently performing female lieder singer, I haven't heard her. An artist fully in her prime: truly exquisite.